Money is the Root of All Evil

No! Barry Ritholz overthrows this Biblical proverb with a new one...

Regulation is the cause of the New Great Depression...

Over the past 30 years, the United States has moved from an environment of excessive regulation to excessive deregulation. This philosophical shift was taken to irrational extremes, and it is the heart of the current financial crisis.

A brief history: Post War World II, the global economy expanded dramatically. By the late 1960s, the U.S. had an expansive bureaucracy. Regulatory oversight had become time-consuming, complex, and expensive. Eliminating this excess regulation started with President Jimmy Carter, and dramatically accelerated under Ronald Reagan. Originally, only the most expensive and onerous provisions were targeted. But eventually, deregulation became a religion, and effective and necessary safeguards were removed along with the costly ones.

Free-market deregulation became a misguided rallying cry of conservative ideologues. The U.S. moved from a state of excess regulation to radical de-regulation.

In 1999, the Glass-Steagall Act was repealed, allowing insurers, banks and brokerage firms to merge. In 2000, Derivatives were exempted from all regulatory, supervisory or reserve requirements by the Commodity Futures Modernization Act.

During the early 2000s, the Federal Reserve, under Alan Greenspan Fed elected against supervising new mortgage lending firms. This act of nonfeasance, based upon Mr. Greenspan’s free market philosophy, had enormous repercussions.

The final act of deregulatory zeal were the net capitalizations exemptions granted by the SEC to five firms. This exemption allowed firms to exceed rules limiting debt-to-net capital ratio to a modest 12-to-1 ratio. After the 2004 exemption, firms levered up as much as 40 to 1. Not surprising, the five brokers that received this exemption – Goldman Sachs, Merrill, Lehman Brothers, Bear Stearns, and Morgan Stanley – are no longer in existence; they either failed, merged, or changed into depository banks. 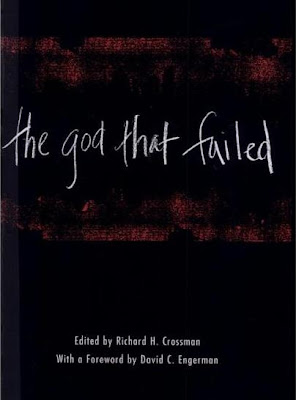 The above is an earlier god that failed.

Well, the new god has failed. As Barry Ritholz pounds the point home:

Why do we have referees in professional sports? All intense competition leads to rules of the game getting tested. Refs are on the field to prevent the game from spiraling into something unrecognizable to fans.

In business, the profit incentive leads to similar behavior. We push the envelope, tap dance close to that line, and then blow past it.

Deregulation took the referees off of the field, allowed speculative excesses to flourish, and reckless short-term incentives to distort behavior.

That is Human Nature – we are competitive creatures, and we require reasonable boundaries to protect ourselves from our own worst instincts. When left to our own devices, we push the envelope, cut corners, even work against our own best interests in the pursuit of profits. Every financial scandal over the past decade – corrupt analysts, fraudulent accounting, over-stating profits, predatory lending, conflicts of interests, option backdating – are the result of a legitimate business operation pushed up to the legal boundaries, and then going far beyond them.

That is the risk deregulation brings: It encourages behavior that leads to systemic risk. In the present case, the global credit markets have frozen, threatening a worldwide recession. The total cleanup costs are scaling up towards $10 trillion dollars.

All due to an excess of deregulatory zeal . . .